JULIUS MARCHWICKI CONNECTING FORD TO THE WORLD THRU SYNC 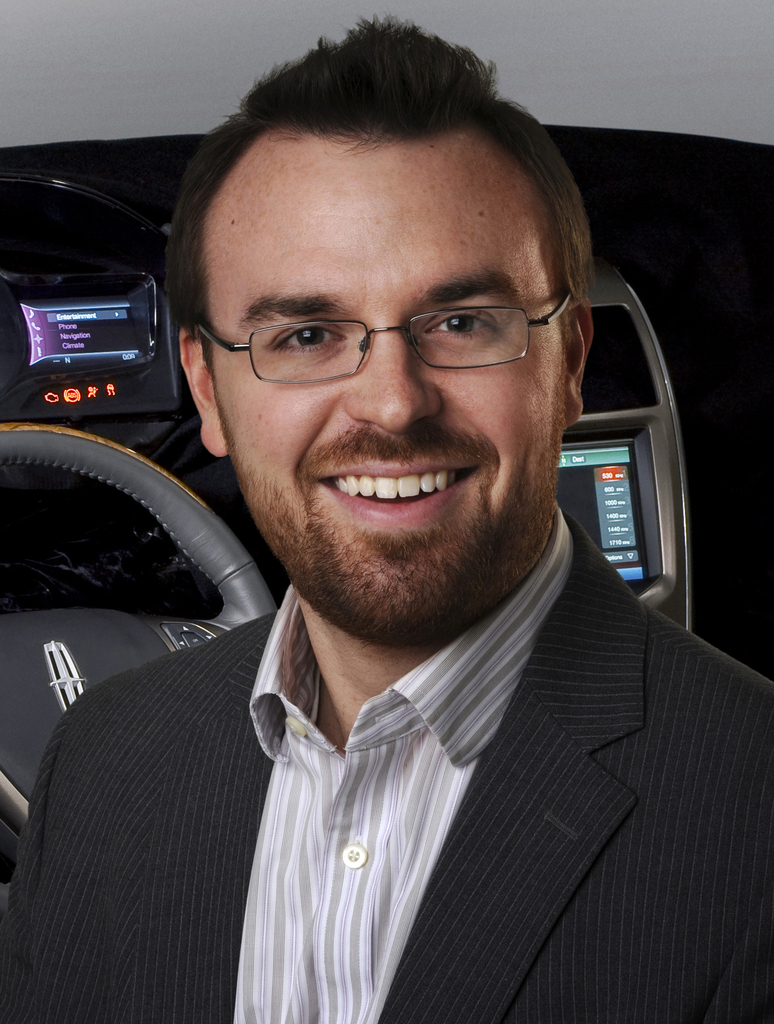 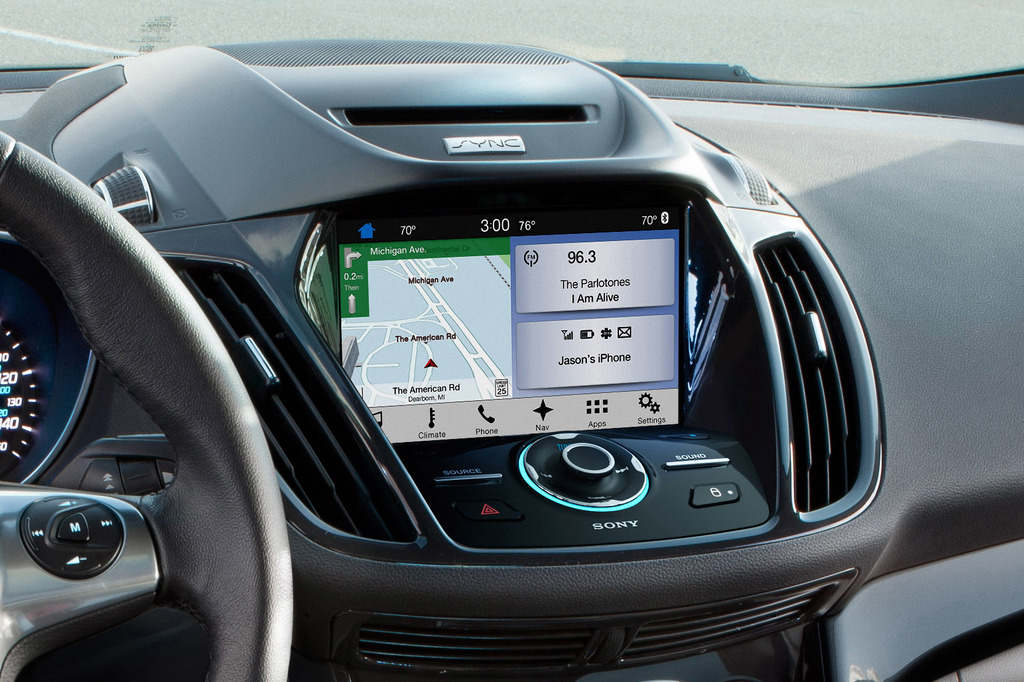 Mobility will have dramatically changed by the year 2020. With the advent of carsharing, electrification, smartphone integration, and autonomous technology, cars have essentially become robots and by 2020 they will be able to drive themselves. Actually, cars can drive themselves now and also integrate many of the features found on smart devices so the questions become: How do you integrate these features? What standards should be adopted? How can the same ecosystem found in app development for mobile devices translate to the auto industry? To answer these questions is Julius Marchwicki from Ford, who is currently Director of Asia-Pacific, Connected Vehicles and Services. Prior to this position he was the Global Product Manager of SYNC AppLink at Ford Motor Company. I spoke to him at a Hackathon Ford was doing during CTIA a little over a year ago and thought that as these technologies become more prevalent, it will be interesting to see Ford’s vision as they recently announced a $4.5 billion plan for electric vehicles. Our dialogue follows.

Damola Idowu: How about virtual emulators and testing?
Julius Marchwicki: Yeah we do have virtual emulators that are available for download online. We also have SmartDeviceLink emulators that are available at the Genivi website, that’s projects.genivi.org.
Damola Idowu: How do you spell that?
Julius Marchwicki: Projects-dot-G-E-N-I-V-I-dot-org and once you have that, you can go there and build what is effectively an in-vehicle head unit that is SmartDeviceLink-capable and you can use that as a test bench or you can request a physical piece of hardware from Ford which we call a TDK or a technology development kit. And those units, you can actually – there is going to be ten teams from our developer conference hackathon. Ten teams are going to take a TDK home with them and be able to work on that through the next two months before the L.A. auto show. So yeah, we have a wide variety of software and hardware-based solutions for developers to test against.
Damola Idowu: How about coordinating hackathons? So how does that go, if people want to coordinate one or integrate some of these solutions to kind of get minds together?
Julius Marchwicki: So we’ve done a…number of hackathons over the last couple of years. This was the first here in Las Vegas at our developer conference…
Damola Idowu: Yesterday.
Julius Marchwicki: We had one that went on for 12 hours and it will go on for the next two days in segments during the show. We’ve done hackathons in China. We’ve done hackathons in Europe. We’ve done hackathons in Brazil. So we’ve had a pretty wide, a wide array. Keep your eye out on developer.ford.com to understand where we’ll be next and where you can join us and kind of work with our vehicles and the hardware that we have to offer.
Damola Idowu: So basically to do one, though, you would just basically need like the TDK to be able to work and get minds?
Julius Marchwicki: Yeah, well, so you can use the TDK, but the AppLink emulator that’s available on our website is also a great tool to use to get started and it’s free to download so there’s no cost involved. You can start immediately, kind of getting an experience of what it’s like to use our software.
Damola Idowu: Yeah, because I was thinking if students wanted to coordinate one and what would they need…because this is new and this is really fascinating and this is the first year. So you have different campuses...and this is a good way for them to kind of get access to it, play with the technology, see what they come about and then also…you guys are [easy] to access so they can be able to keep a dialogue...
Julius Marchwicki: Super easy - developer.ford.com. There’s forums. We have a Reddit page with code snippets that the team can direct you to, so we do have a significant amount of resources available at that website.
Damola Idowu: …How much are you putting on the API…Obviously Ford has the self-driving with the parking…I mean the self-parking, audio signals, turning, lane departure, lane assist. So how far are you opening up your APIs?
Julius Marchwicki: Not quite that far. So you can’t control a steering. You can’t control the gas or brakes, but we do allow some access to vehicle data for development so you can get things like vehicle location and speed. You can get things like accelerator position, kind of gear status. There’s some body information that’s available: So, are the doors open? Are the seatbelts buckled? Those are the types of things that a developer can get access to, but that’s read-only. There isn’t much that...
Damola Idowu: Of the calls and their send backs.
Julius Marchwicki: Yeah, exactly. And then we also have APIs that allow you to speak to the driver, to listen to voice commands. There are ways to write to the screen. There are ways to alert the driver. So there’s a pretty comprehensive set of APIs that allow you to bring a very unique experience to [the driver].
Damola Idowu: Just not a lot of control of the mechanics.
Julius Marchwicki: Yeah, absolutely. That’s something that we don’t allow with the APIs today. So that’s something that I think won’t come anytime soon, but worth an investigation on our side.
Damola Idowu: No problem at all, thank you very much.
Julius Marchwicki: Thank you. 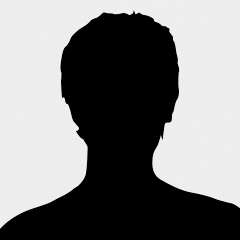 The media and cloud software roll-up is once again under fire from a short-seller. 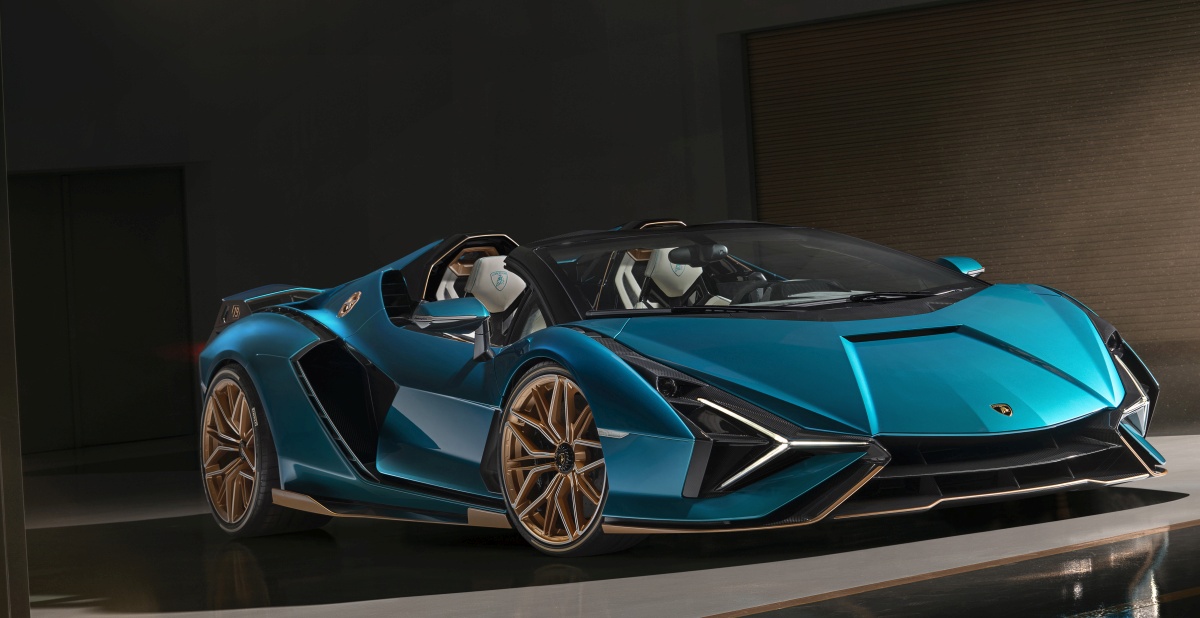 Last year Lamborghini debuted the 819HP Sian hybrid, its supercar with a supercapacitor, and now it’s back after deleting one pesky detail. This Sian Roadster is no convertible — there is no roof at all, so owners can always hear the V12 engine it pa... 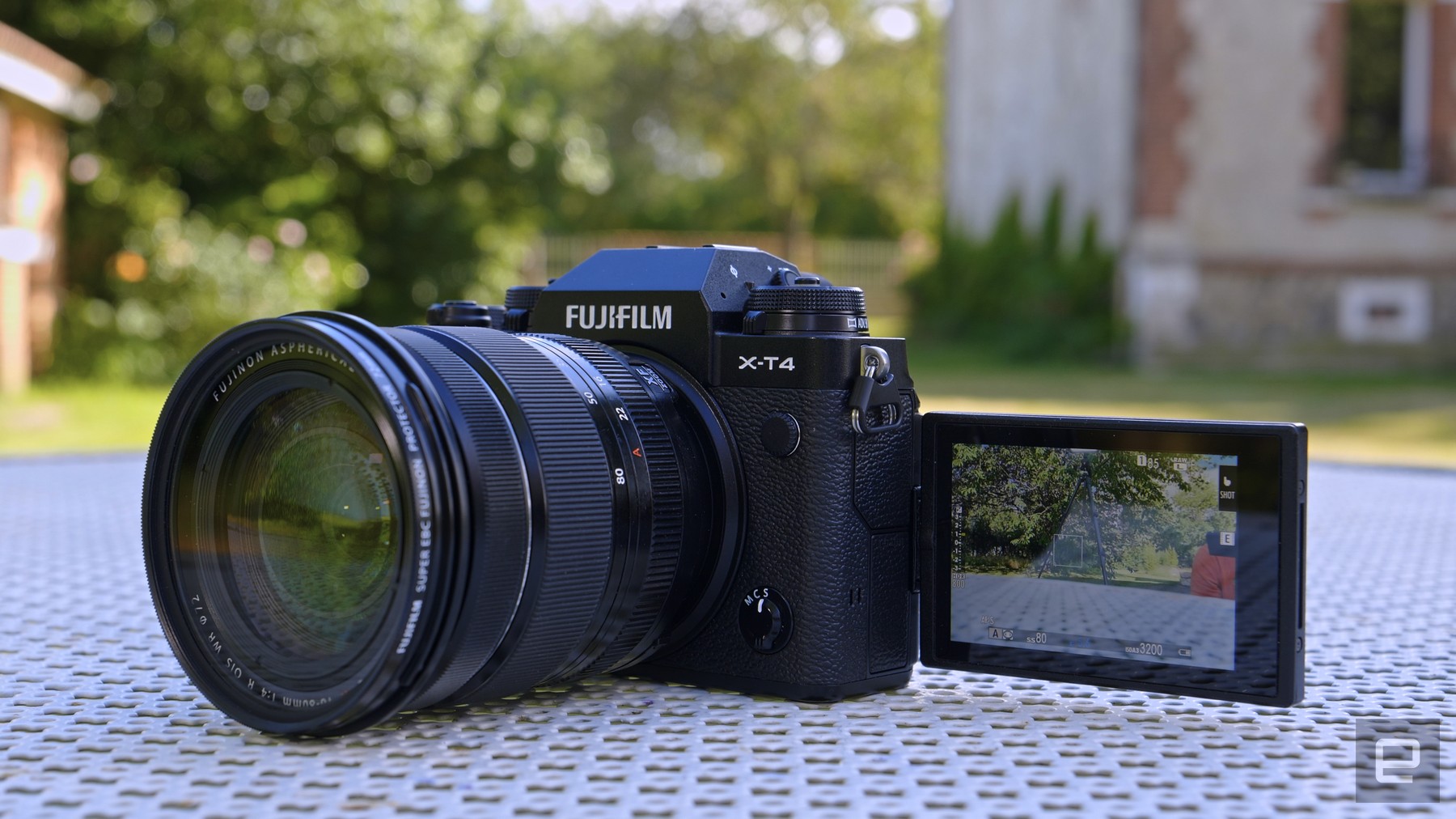 When Fujifilm released software that transformed X-series and GFX cameras into very fancy webcams, it only worked on Windows PCs and not Macs. Later on, the company said it would rectify that quickly by releasing a macOS version sometime in mid-July.... 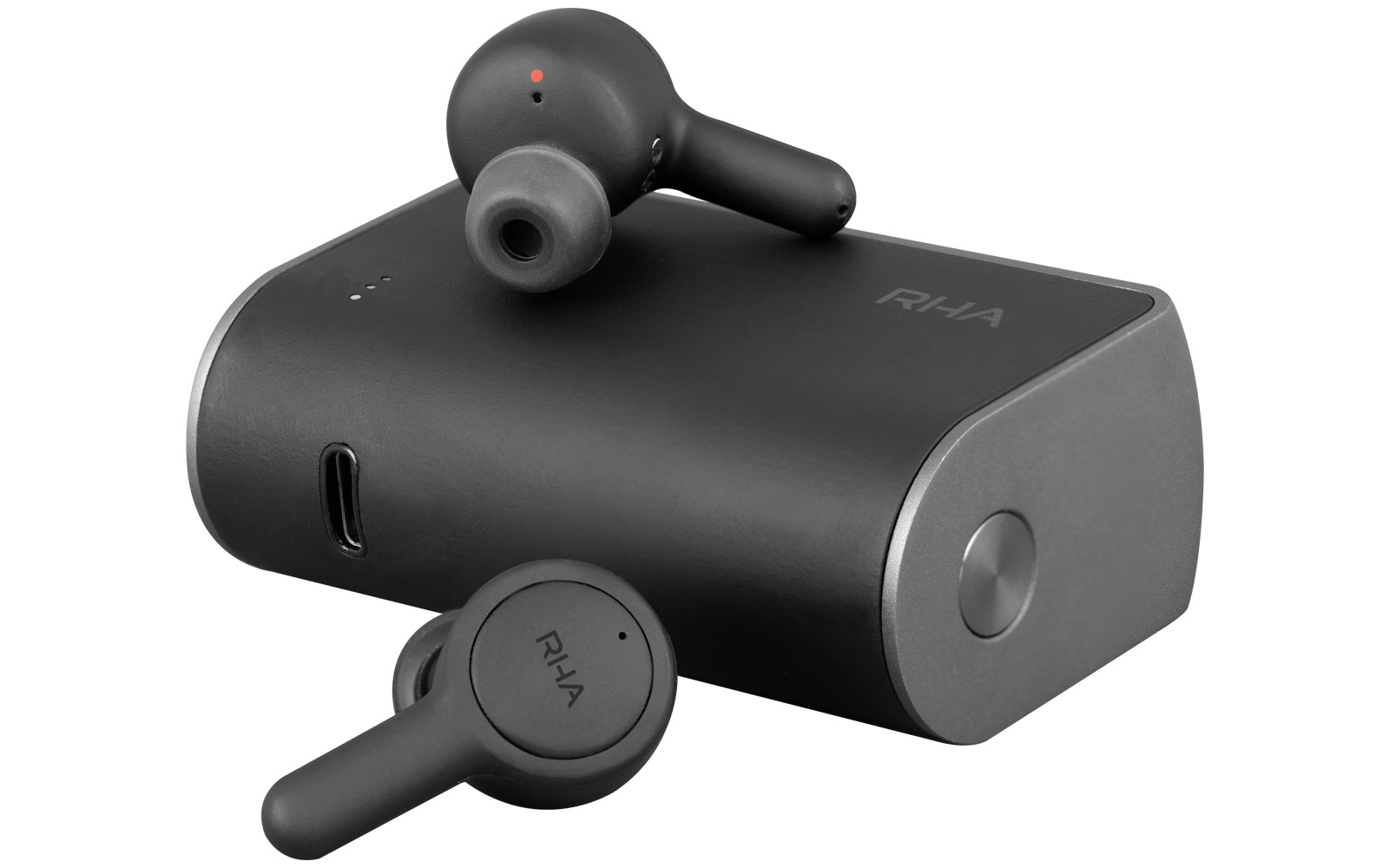 Glasgow-based RHA debuted its AirPod-like TrueConnect true wireless earbuds in 2018, offering an alternative to Apple’s take on the audio gear for $169.95. Now that the first model has some age on it, the company is announcing a refined version: the...