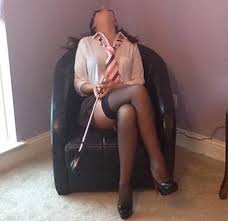 Great article with an excellent idea I appreciate your post thank you so much and let keep on sharing your stuff.

US states clamp down on Celsius Network’s crypto yield products

Ben Chestnut and Dan Kurzius, the men who made MailChimp

This week the pair, who took no venture capital, agreed to sell their email marketing business for $12bn

Facebook has handed over virtual reality illustration and animation tool Quill to Iñigo Quilez, the developer who created the app. Quilez has formed a company called Smoothstep and rebranded the tool as Quill by Smoothstep, which is now on the Oculus Store.

The original Quill app will be removed from the Oculus Store on October 18th. It'll still work for those who downloaded it, but Oculus won't support the app any longer. Users will need to manually upload creators to Oculus Media Studio manually rather than through Quill as well.

Facebook says Quill content shared on Oculus Media Studio or Oculus TV will still be available on Oculus for now. The Quill Theater app will remain on the store — it will be renamed as VR Animation Player next month. The Oculus team also noted that Smoothstep has open sourced both Quill Theater’s IMM immersive content distribution file format (IMM) and an IMM player.

Quilez built the first version of Quill during a 2015 hackathon to aid production on Oculus Story Studio's VR short, Dear Angelica. The film was the first to be hand-painted completely inside of a VR environment. Other filmmakers have adopted Quill, with works createdusing the tool being screened at major film festivals such as Sundance and Venice.

Some major companies are expected to enter or push deeper into the VR and mixed reality space in the coming years, such as Apple and Sony. As such, developers of VR creation tools such as Quill have a big opportunity for growth in the medium term.

Boston Dynamics’ Spot has found itself a new job, and thankfully this time it doesn’t involve a potential battlefield role. Hyundai has started testing the robot at a Kia manufacturing plant in South Korea where it will be one of the tools the company uses to ensure the facility is safe for workers. The pilot represents the first public collaboration between the two companies since Hyundai acquired a majority stake in Boston Dynamics this past June.

You’ll notice the Spot featured in the video Hyundai released looks different from the robot we’ve seen in past clips. That’s because the automaker’s Robotics Lab outfitted it with what is essentially a backpack that features a host of enhancements, including a thermal camera, LiDAR and more powerful computing resources for handling additional AI tasks. The “AI Processing Service Unit” allows Spot to detect people, monitor temperatures and check for fire hazards. Additionally, a secure webpage allows factory personnel to monitor the robot remotely, and take over control if they want to inspect an area of the facility more closely.

According to Hyundai, the pilot will help it assess the effectiveness of Spot as a late-night security patrol robot before it goes on to deploy it at additional industrial sites. Automation, manufacturing and construction applications align with what the automaker said was its grand plan for Boston Dynamics when it bought the company.

The next time you get pulled over in Michigan, it could be by a cop in an electric SUV — at least if Ford has anything to say about it. The American automaker is stepping up its Police Interceptor program, which modifies existing models for use by law enforcement, typically with beefed up suspensions, brakes and added horsepower.

The company has pitched the idea to law enforcement agencies in the UK, while the city of Ann Arbor, MI already has two such vehicles on order. On Friday, Ford announced that it, in short order, will deliver one of its Mustang Mach-E Interceptor prototypes — which appears to be based on the Mach-E GT variant — to the Michigan State Police as well, where it will undergo real-world testing to see if the EV can handle the rigors of police work.

Ford hopes to "use the pilot program testing as a benchmark while it continues to explore purpose-built electric police vehicles in the future" as part of its $30 billion multi-year investment in EV technology.